You are here: Home / Archives for Vito Fossella 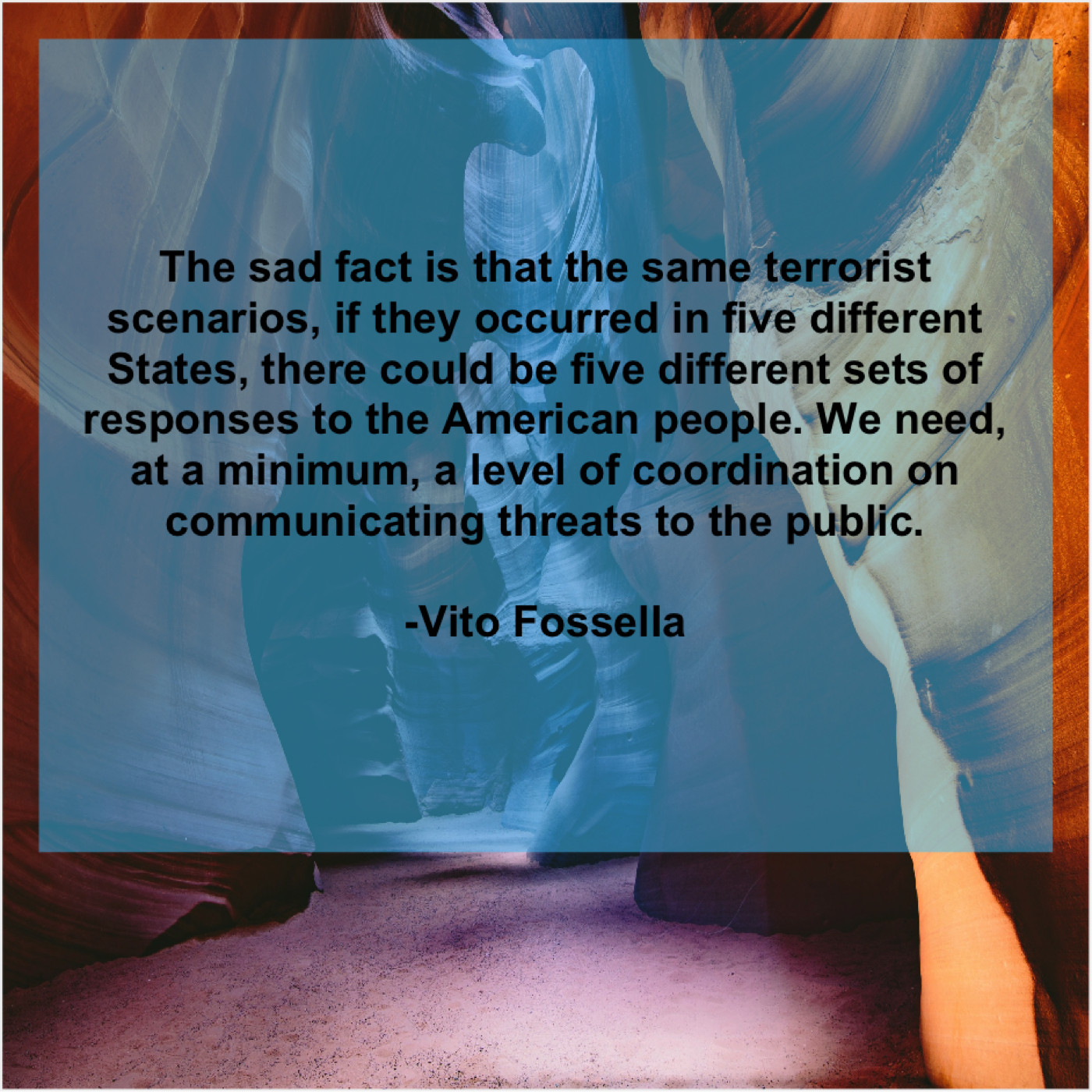 “The sad fact is that the same terrorist scenarios, if they occurred in five different States, there could be five different sets of responses to the American people. We need, at a minimum, a level of coordination on communicating threats to the public.”
-Vito Fossella