You are here: Home / Archives for Terry Pratchett 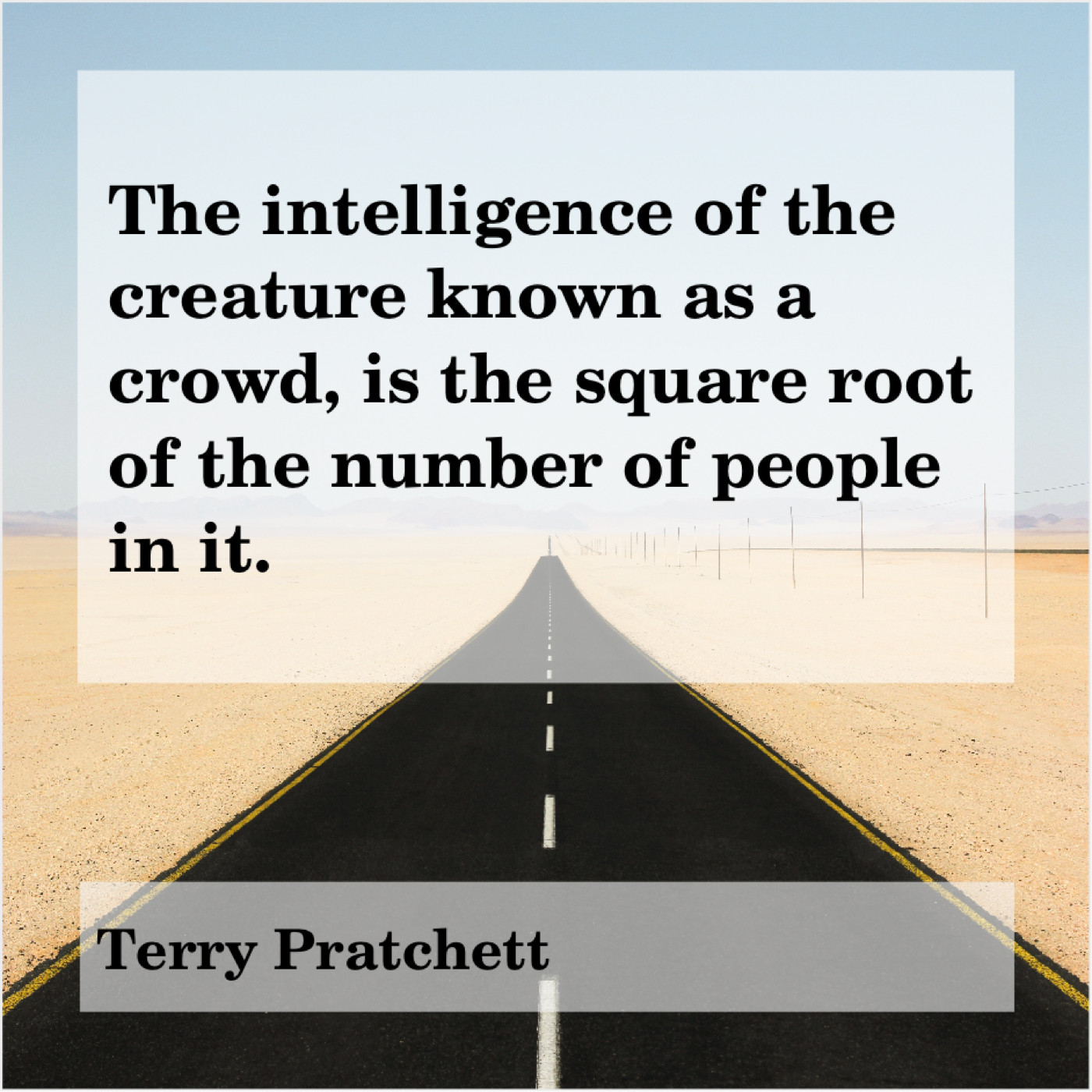 “The intelligence of the creature known as a crowd, is the square root of the number of people in it.”
-Terry Pratchett 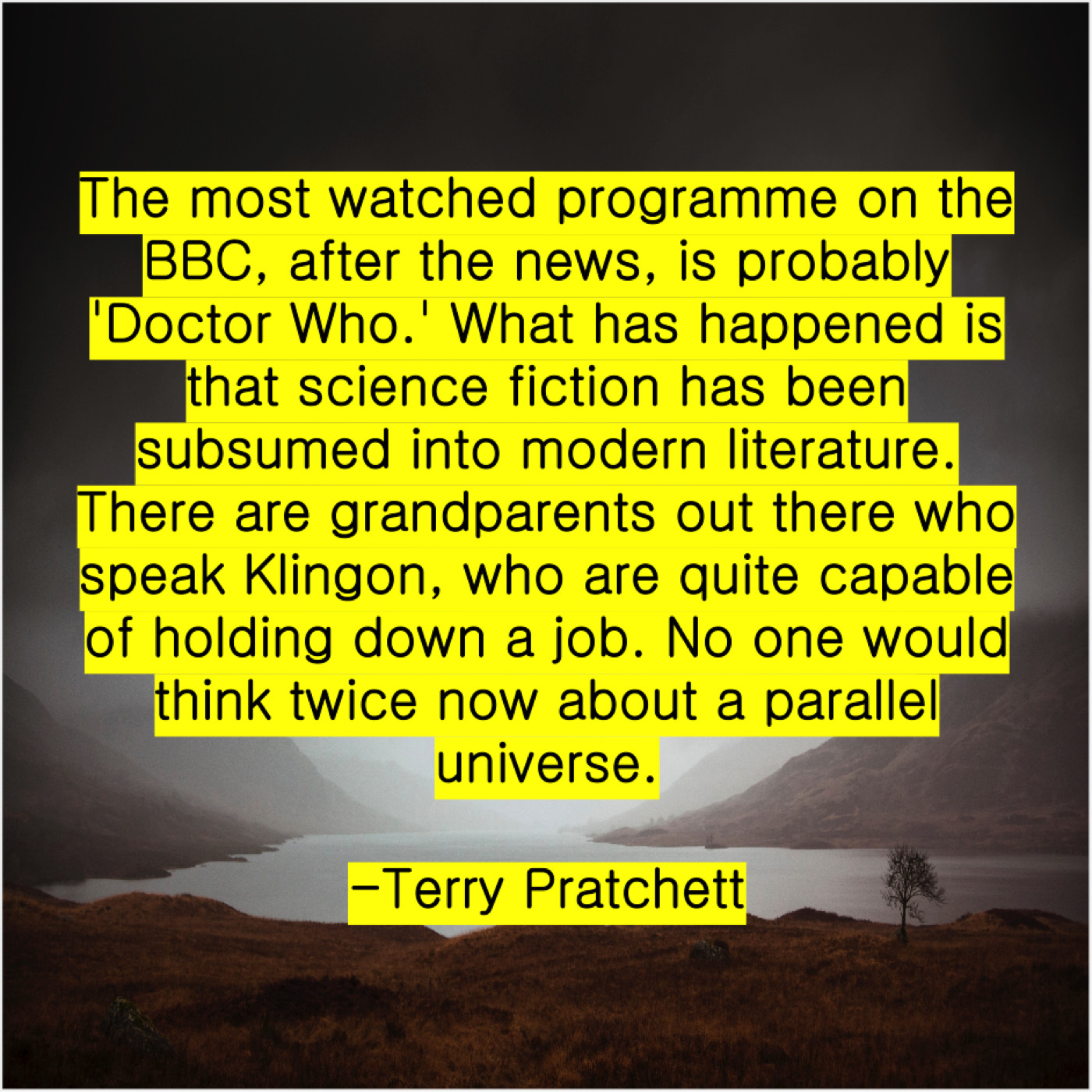 “The most watched programme on the BBC, after the news, is probably ‘Doctor Who.’ What has happened is that science fiction has been subsumed into modern literature. There are grandparents out there who speak Klingon, who are quite capable of holding down a job. No one would think twice now about a parallel universe.”
-Terry Pratchett