You are here: Home / Archives for Malcolm Fraser 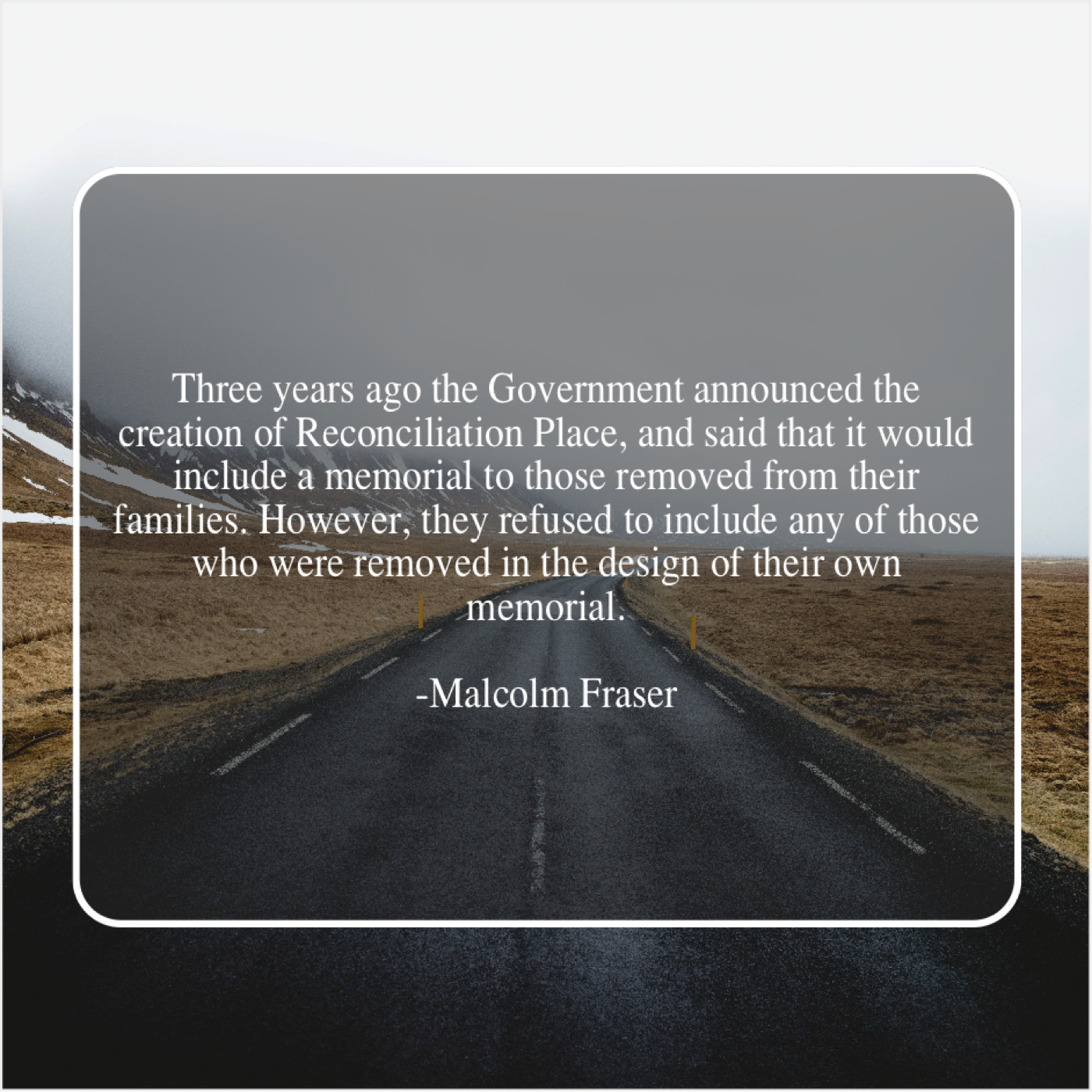 “Three years ago the Government announced the creation of Reconciliation Place, and said that it would include a memorial to those removed from their families. However, they refused to include any of those who were removed in the design of their own memorial.”
-Malcolm Fraser