You are here: Home / Archives for Magnus Carlsen 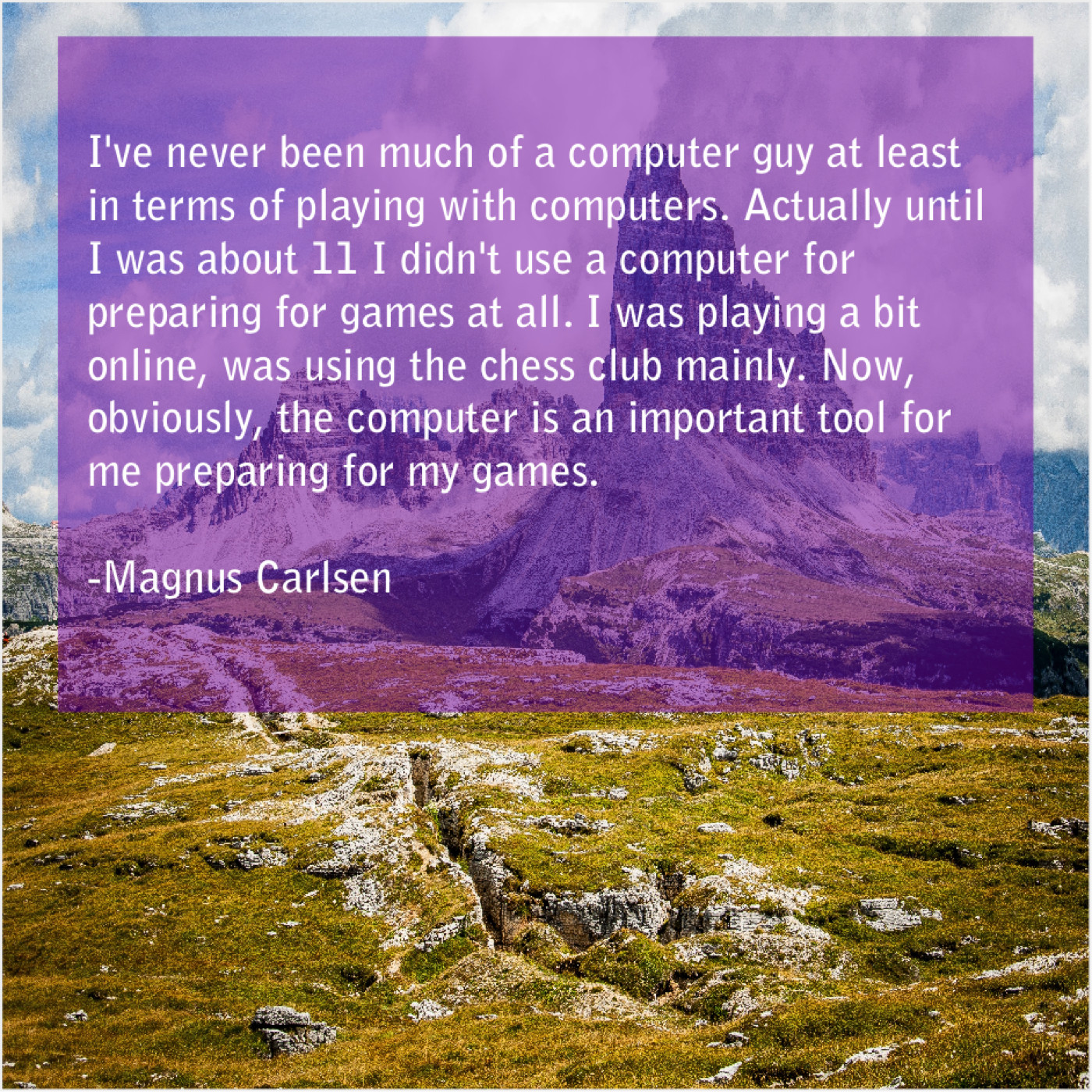 “I’ve never been much of a computer guy at least in terms of playing with computers. Actually until I was about 11 I didn’t use a computer for preparing for games at all. I was playing a bit online, was using the chess club mainly. Now, obviously, the computer is an important tool for me preparing for my games.”
-Magnus Carlsen