You are here: Home / Archives for Charles de Lint 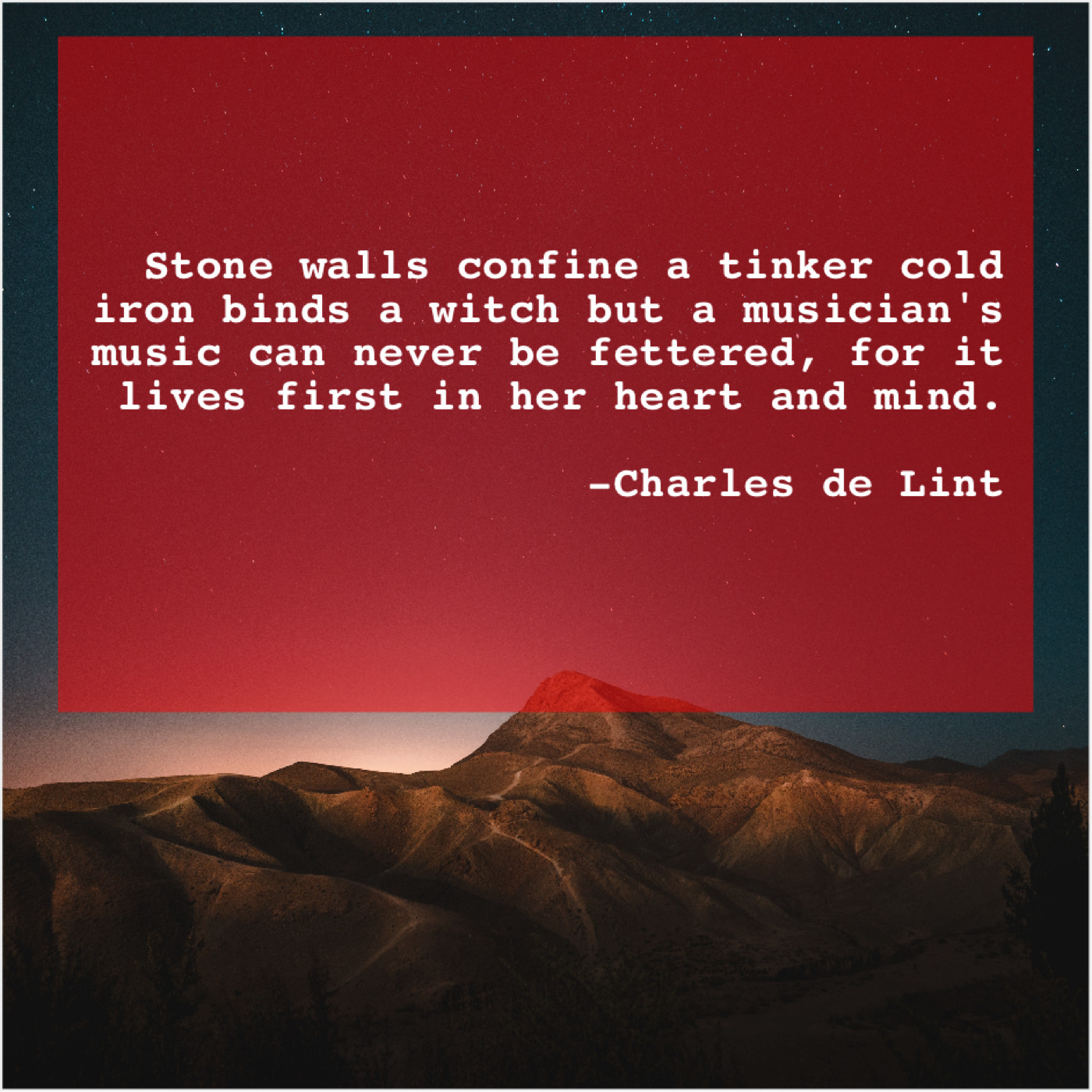 “Stone walls confine a tinker cold iron binds a witch but a musician’s music can never be fettered, for it lives first in her heart and mind.”
-Charles de Lint 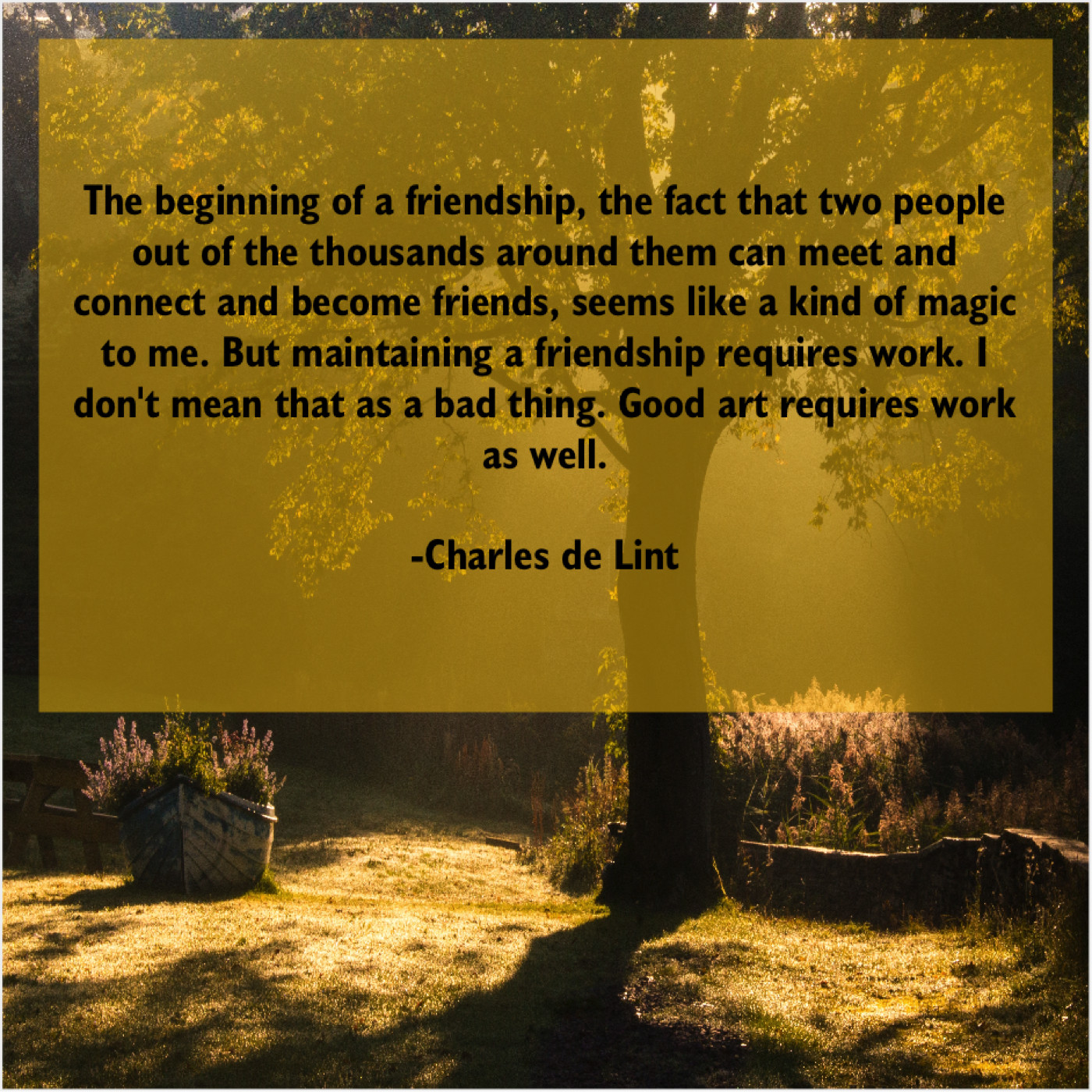 “The beginning of a friendship, the fact that two people out of the thousands around them can meet and connect and become friends, seems like a kind of magic to me. But maintaining a friendship requires work. I don’t mean that as a bad thing. Good art requires work as well.”
-Charles de Lint